One of the world’s largest automakers needed an energy-efficient test stand for its technical development and engineering facility in China. Their current testing method required them to ship components to a U.S. test facility, which was already at capacity. Shipping parts to the United States and back to China was time-consuming and costly. They needed testing capability in China from a supplier with on-site and remote support they could trust.

The automaker chose RedViking because of our experience designing and building sophisticated gear test machines. They were also impressed with our work for them on earlier test system software projects.

Working closely with the automaker in the U.S., RedViking produced a turn-key testing system that was fully functional upon delivery. Rigorous testing before delivery ensured a machine ready product in China. RedViking was on-site in China for delivery, installation, setup, and training. Today, ongoing support is provided via Webex and remote desktop diagnostic services.

The automaker is now able to perform gear fatigue tests for the development of planetary gear system assemblies consisting of gears, bearings, carriers, and other components at their China facility. They’re no longer required to ship their parts back to the U.S. for testing, which saves crucial production time and cost. 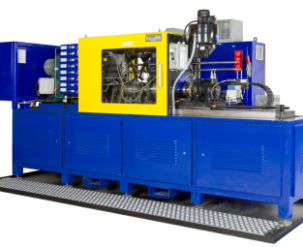