A leading aerospace manufacturer needed a state of the art assembly solution to meet their rapidly increasing production demands. Forecasted sales for their new jet engine greatly exceeded their current production capability. To meet these future demands, they were challenged to increase their production capacity by over 400% within the next two years.

This manufacturer’s assembly process was labor-intensive and time-consuming. Combined with poor ergonomics, it was very difficult for assembly mechanics to increase production numbers on their own. The original jet engine manual assembly process took teams of skilled mechanics a period of four to five days to complete even a single-engine module set.

One of the key assembly operations for a particular engine module was taking mechanics up to two days to complete due to part alignment, heating, pressing, cooling, gauging, and inspection. The manual process was difficult and time-consuming as employees had to use ladders and platforms to reach top assemblies, crawl on their backs to reach the bottom assemblies, and use multiple dangerous overhead lift assists. With future sales volumes rising and long term production need rapidly increasing, this manufacturer knew it was time for a change.

This leading jet engine manufacturer began its journey searching for not just another automation company, but instead a true engineering company. They were looking for a U.S.-based supplier to partner with them to create a system that would not just improve their products but instead would truly revolutionize how they build their jet engine.

They began their quest by approaching automation vendors in the auto industry from around the country. They then approached peers from other industries to help identify a potential partner that could collaborate with them to solve their unique assembly and production challenges. A large off-highway OEM and current RedViking customer invited them to visit their world-class assembly plant to observe the recently installed and integrated assembly automation system. The innovative solutions they were seeking aligned with this automation technology, and they chose to partner with RedViking.

RedViking designed, built, installed, and brought to production, the first of its kind automated aerospace jet engine assembly system. This new state of the art, next-generation system, not only increased our customer’s production throughput from 6 to 60 engine modules per month but also found after extensive testing to be responsible for reducing the engine to engine assembly variability to values that were once deemed unachievable.

To understand the starting point, we conducted a comprehensive two-month engineering study to analyze all the existing processes. The engineering study included an analysis of each step in the engine module assembly process to identify which processes merited automation. Our philosophy is that every piece of automation needs to earn its place on the line. The customer’s goals included a linear flow assembly line, creating a more efficient assembly pattern for mechanics.

The RedViking Jet Engine Module Assembly Solution significantly reduced the amount of time and resources required to build the various jet engine modules. A manual process that once took teams of people several days to complete is now accomplished in just hours with single operators. Proper tools and parts available for each mechanic at the correct time and in the correct location reduced material handling complexity and assured optimal ergonomics.

We had the unique challenge of designing an assembly automation system that would be capable of handling a variety of jet engine component sizes and weights. All of which are extremely expensive, complicated, heavy, and cumbersome to handle. Also, many of the assembly processes required parts to be heated and cooled to specific temperatures, then pressed to specific forces. RedViking developed and implemented a mobile conveyance solution to load, unload, and transfer parts. Used in conjunction with a servo-controlled overhead part manipulator, operators are now able to manage part transfers easily and continuously throughout the assembly cell.

The RedViking systems gracefully work together to create the first-ever of its kind automated jet engine assembly line, which is revolutionary for the aerospace industry. 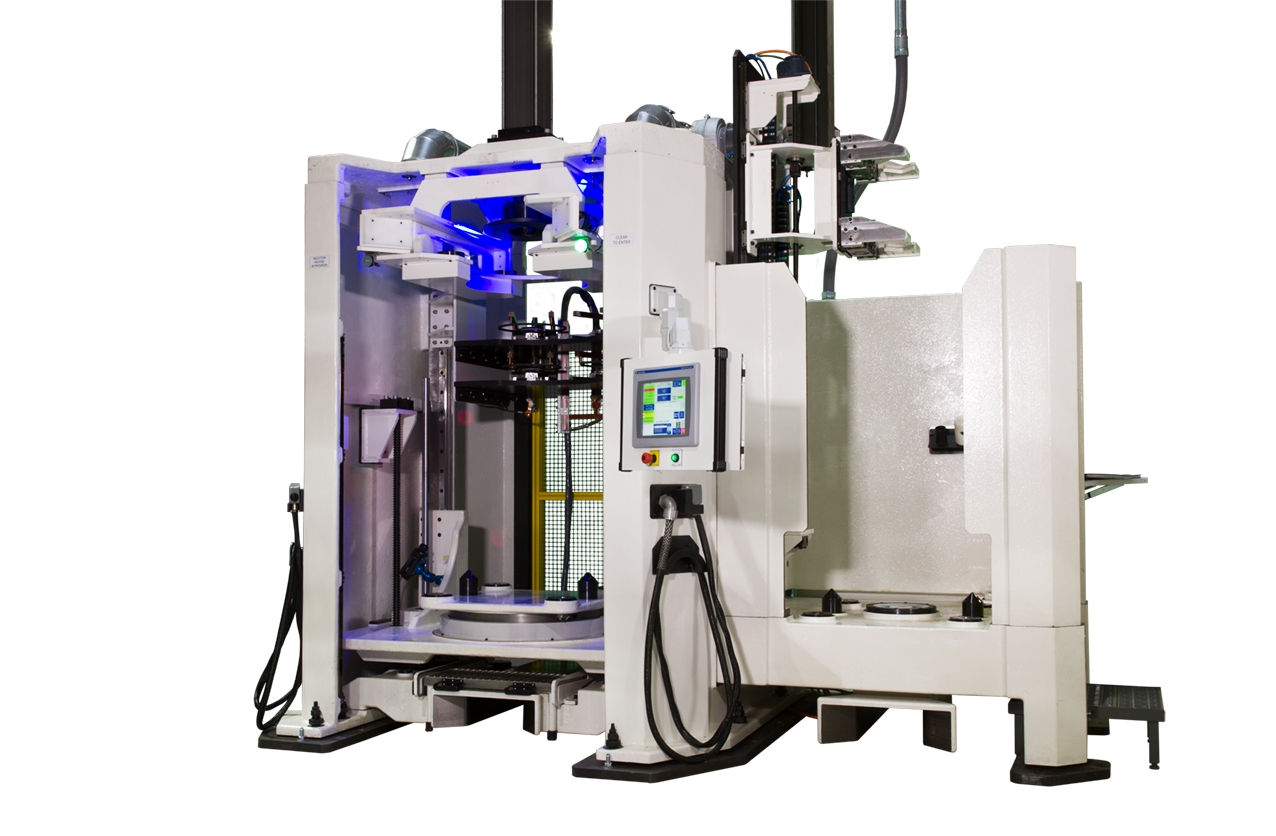