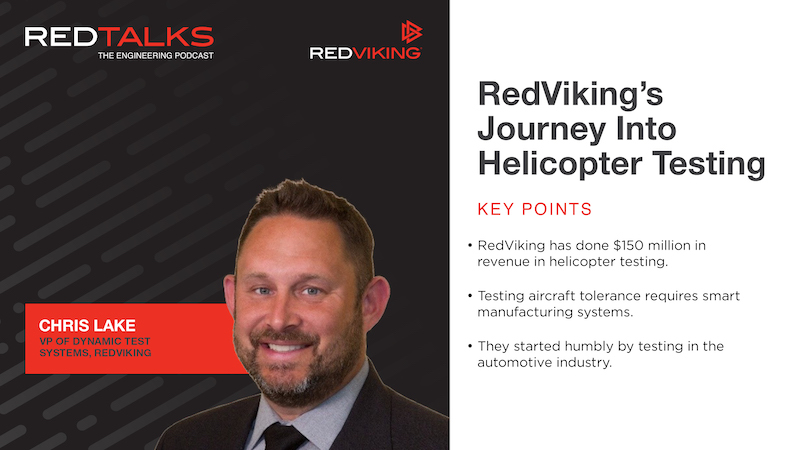 The helicopter test industry is challenging. Engineers and companies must understand the needs of fixed-wing and rotorcraft manufacturing. Smart manufacturing systems must be in place in order to produce and test aircraft tolerance.

So, what goes into these systems, and who are the industry leaders?

On this episode of RedTalks, host Tyler Kern talked with Chris Lake, Vice President of Dynamic Test Systems at RedViking. The duo dug into RedViking’s role as a leader in the helicopter testing industry, what goes into testing systems for helicopters and other aerospace manufacturing systems.

RedViking and Lake have done $150 million in helicopter testing revenue, and they did it in just 10 years. To get to that sort of revenue is impressive, and the team has accomplished some significant feats to get there.

“To get to $150 million in that short span of time has been quite a ride,” Lake said.

In the late 1990s, RedViking started to get into testing systems, specifically in the auto industry. They started out testing and updating control systems. A couple of these automotive customers had some old equipment and were looking for ways to modernize the technology.

“They came to Superior Controls [now RedViking] because we had a control systems background,” Lake said. “This opened the door to actually getting into some direct projects to design and build some systems from the ground up.”

These projects helped build the groundwork as RedViking moved into the helicopter testing industry.

Listen to learn more about RedViking’s journey into helicopter testing. 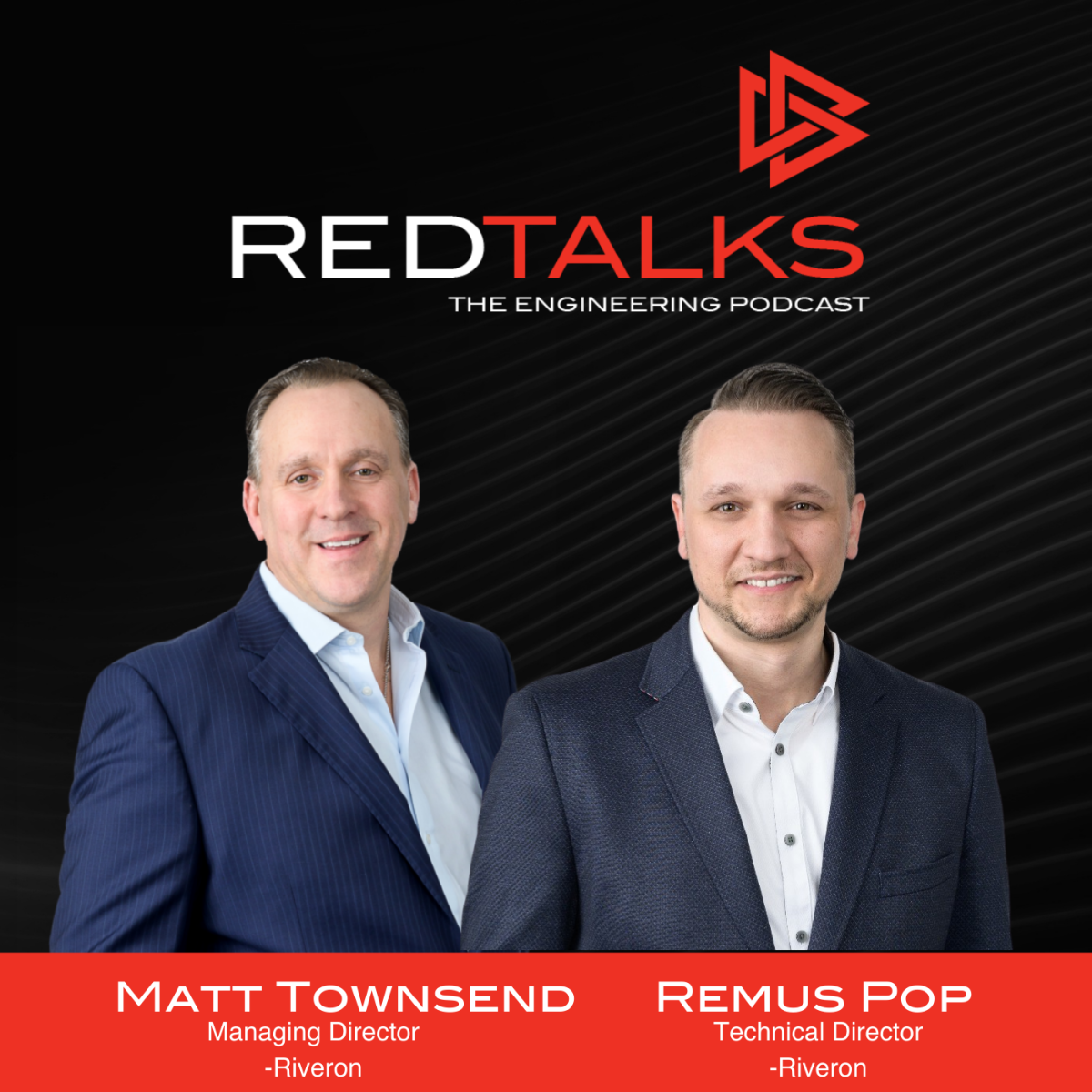 Join us on this episode of RedTalks as we talk about how deliberately shifting culture is the key to unlocking digital transformation in manufacturing. Matt Townsend, Remus Pop, and Greg Giles join our roundtable to provide their expert intel and experience.
Read More... 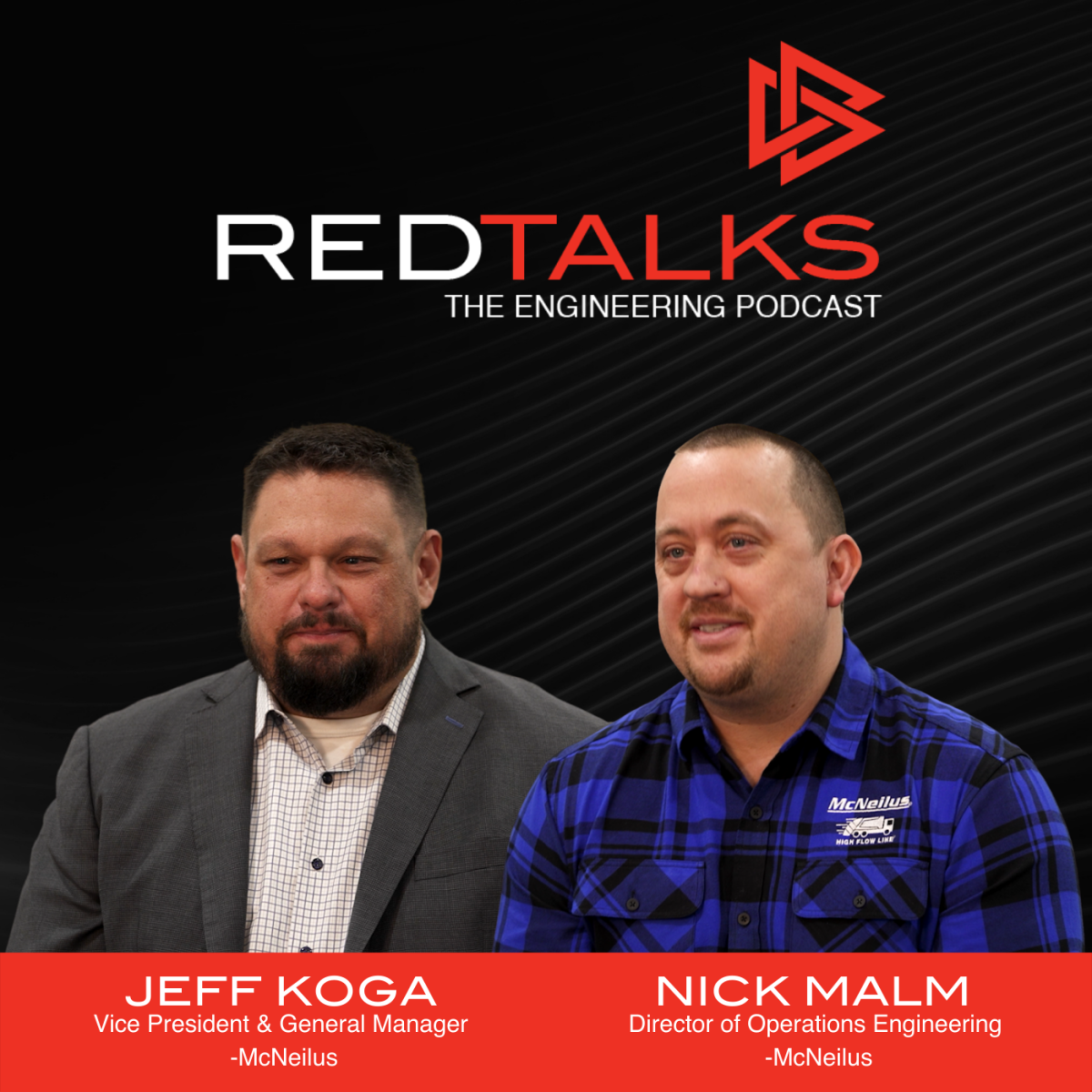 In this episode, Jeff Koga and Nick Malm of McNeilus talk to us about the journey they walked to revolutionize the way refuse collection vehicles are built, the impact it’s had on their people and their plans for the future.
Read More... 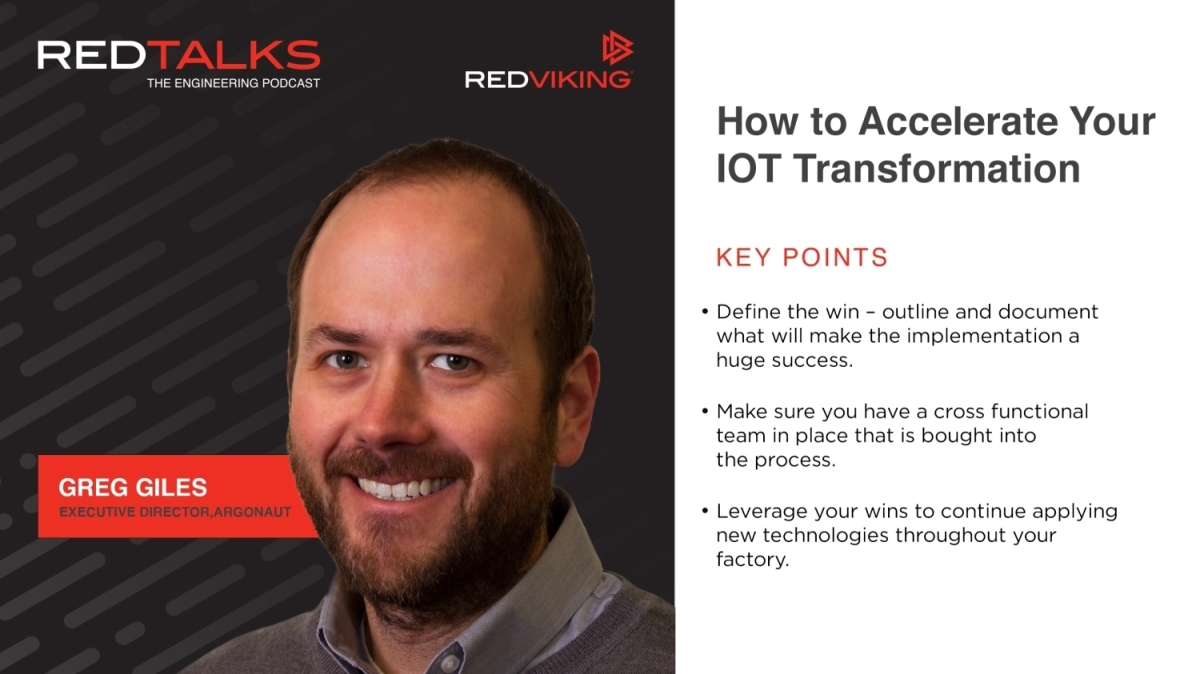 Episode 3 - How to Accelerate your IOT Transformation 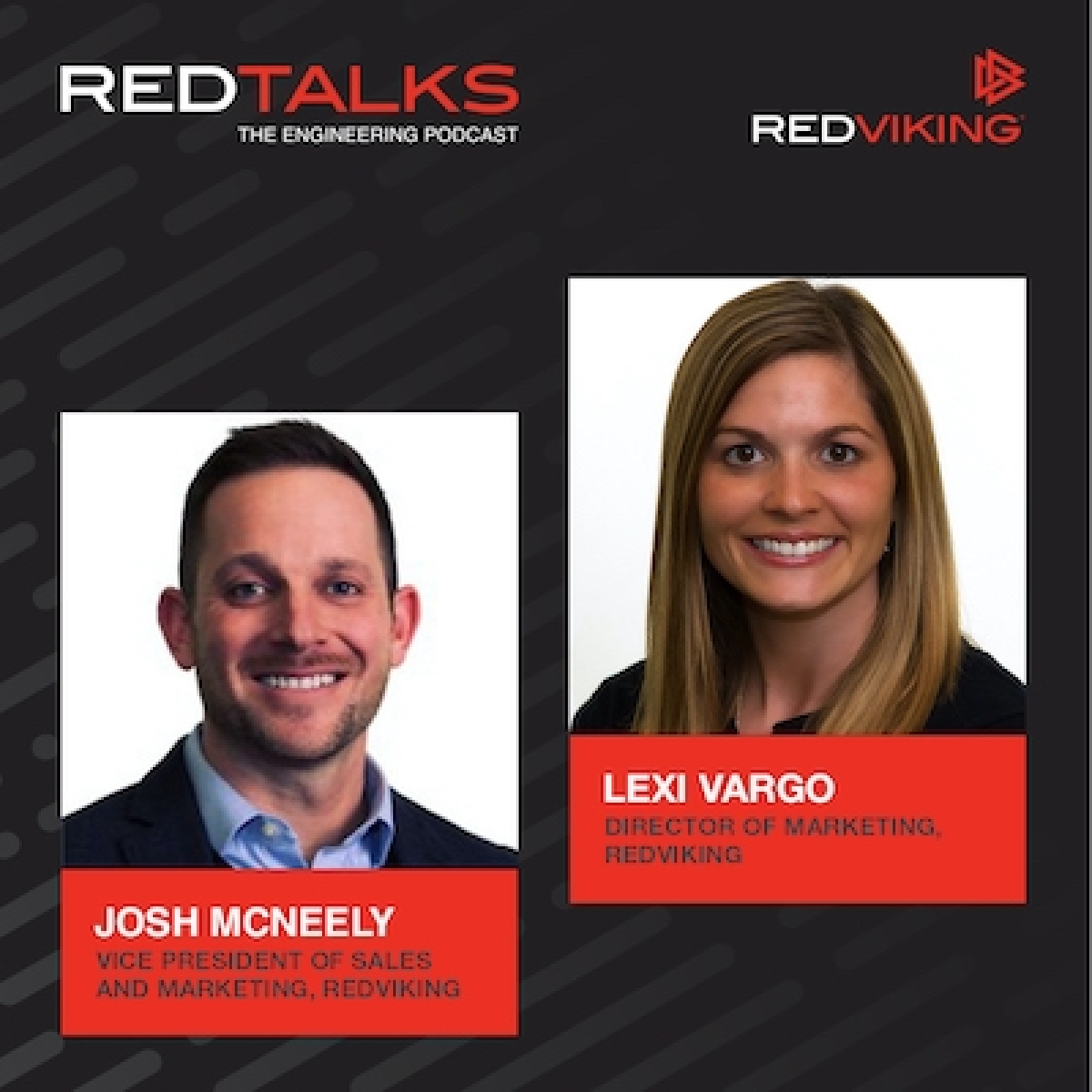 Over the last half decade, the manufacturing industry has witnessed a slow but decisive shift toward trends such as automation, robotics and Industry 4.0 capabilities. However, the coronavirus pandemic has accelerated the adoption of...
Read More...