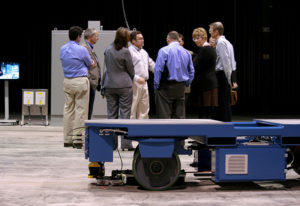 By Rod Emery, VP Assembly and Integration, RedViking Editor’s Note:  Rod will be presenting this technology at two 2014 conferences, the Manufacturing in America Summit on April 20th in Detroit, MI (Register here) and the Automation Conference  in Chicago, IL on May 20-21 (Register here). ---------------------------------------- “What if” is a simple question that can wield unlimited power.  It is a question that children ask endlessly.  What if I could fly?  What if I was invisible?  What if my backyard was made of pizza? Henry Ford asked the “what if” question regarding mass production of the automobile.  As a result he created not only the assembly line, but an enormous market for it. Martin Luther King, in his momentous speech at the Lincoln Memorial, considered the “what if” of his four children one day living in a nation where they would not be judged by the color of their skin, but by the content of their character. We understand the power of this simple question.

Consider yet one more example:  What if your assembly line magically and silently moved products from one operation to the next.  What if your operators had complete 360 degree access to the product without any trip hazards?  What if this assembly line could be relocated painlessly?  What if you could do all this without any batteries? Well this is no fantasy, this has been achieved by some of our customers using our Battery-free AGV assembly lines.  Payloads exceeding 60,000 lbs and greater are being moved silently and safely on conveyance that is virtually invisible.

Stepping Away from the Status Quo

Prior to implementing this technology, some of our customers were concerned with deviating from the status quo for their assembly lines.  Some of them heard the voice in the background that said “This isn’t the way we have always done things.” After all, isn’t a conveyor system using chains or rollers the only way to build a product on a line? But in the end, a lower total cost of ownership, lower cost of line changes, greater efficiency and improved operator safety make RedViking Battery-Free AGV lines create the portable, virtually invisible conveyance our customers love. Here's a 3 minute video of the installation and operation of one of our Battery-free AGV assembly lines. 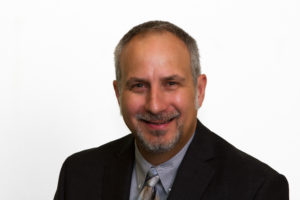 Rod Emery is Vice President of Assembly and Integration Systems at RedViking. He is a graduate of the University of Michigan, a recipient of the William J. Branstrom Award, a licensed Professional Engineer and an avid fisherman.  RedViking is headquartered in Plymouth, MI and has engineering and customer support centers worldwide. Want to learn more about the Invisible, Portable Assembly Line?  Contact Rod at remery@redviking.com, or 734.454.0500.