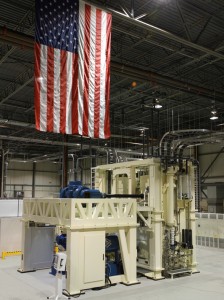 By Chris Lake, VP Engineering and Chief Engineer First Published in DesignNews.com Editor’s Note:  Chris will be presenting this case study at two 2014 conferences, the Manufacturing in America Summit on April 20th in Detroit, MI (Register here) and the Automation Conference  in Chicago, IL on May 20-21 (Register here).

Long a staple in the automotive world, multi-model powertrain testing has been a persistent challenge for helicopter transmissions and gearboxes. Because of the complex and varied geometries of the test articles along with their diverse dynamic operation and load requirements, universal test stands had been few and far between. In addition, helicopter testing software and machine controls are typically developed around individual OEM requirements, particular types of testing, and test system manufacturer preferences. The result has been unique test interfaces for each test article, each helicopter, each OEM, and even each testing facility.

RedViking Engineering is taking on this challenge for the U.S. Department of Defense (DoD). With over 20 aging, dedicated test stands, each designed to accommodate a specific type of Army helicopter transmission or gearbox, testing was complex and inconsistent. Worker environments were less than optimal, the testing process took days, spare parts were sparse and expensive, and most of the energy used during testing was lost as wasted heat. The DoD looked to the engineering community to devise modern, cost-reducing solutions.  The new systems must protect troops through highly accurate test data, and save taxpayer dollars through more efficient machines and processes.

There are three parts to the project – a completely new testing process, new flexible powertrain test stands, and new universal testing software. First, a new process was designed to significantly reduce test time, creating much greater machine availability and throughput. Second, flexible test stands were engineered with modular gearboxes and flexible connections to handle the complex geometries and varying dynamics of all the required test articles. Third, a modular set of software options was developed so that test operators could execute and monitor an entire test from a uniform interface, reducing training costs and improving testing accuracy.

In the existing environment, the test article was assembled, dressed, tested and torn down, all while inside the test stand. This meant that the test stand was unavailable for actual component testing during a majority of the process time, leading to days of system inactivity. The redesigned process moved all test prep and breakdown outside of the test cell. Custom transportable test fixtures were designed with quick connect features so that a fully prepped test component could be quickly mechanically aligned, loaded, and electrically connected to the stand. Machine mounted RFID readers use fixture mounted tags to identify the component type prior to test and automatically configure the machine and load the appropriate automated test profile. Instead of taking hours to build up and break down the test article inside the stand, the quick connect process requires approximately 15 minutes for each. Depending on the duration of the test, throughput is increased by up to 400%.

The new test stands are designed with modular gearboxes, allowing each test stand to accommodate multiple powertrain components. The size of a two-story building, a single main transmission test system can handle 7 or more different helicopter transmissions as well as countless future variants. Separate flexible test stands were engineered to handle tail and intermediate gearboxes as well as other critical dynamic components. Test stand gearboxes are designed to be modular and mobile, swapping out or changing position to allow capability of testing different components. Electrical regeneration was implemented to provide load control and load absorption to allow up to 80% of the power required during testing to be recaptured, either to power the test stand itself or returned to the grid. It’s estimated that the Main Transmission Flexible Test System, while running at full capacity, will cost approximately $400 less per hour to operate than the former DoD systems. This could easily translate into taxpayer savings of approximately $500,000/year on a single test stand.

The final challenge was to come up with a machine software and control package that would perform all the required dynamic tests and allow an operator trained on one test system to be competent on any of the others. The old system-specific programs with unique icons, processes and interactions for each test stand meant multiplying operator training and documentation. Industrial software can no longer have less usability and flexibility than any other software we interact with. A modular software system and HMI platform was designed for all dynamic test stands, with a common user interface and plug-in architecture, common function blocks, I/O coding and CAT 4 safety functions. The test profiles, formerly hard coded into each stand, are now generated and stored independently from the hardware. Test profiles are identified to the test article via RFID and the resulting test data is captured and stored to create a traceable test history for each transmission and gearbox. The result is highly accurate, reliable data to ensure that the test articles are safe to be re-installed in a military helicopter. Setting a target on systems that challenge the status quo required some really interesting engineering design work. We are proud to have this opportunity to protect U.S. troops while also saving taxpayer dollars for many years to come. 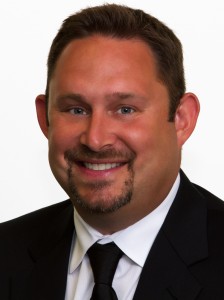 Chris Lake is Vice President of Engineering and Chief Engineer at RedViking. He is a graduate of the University of Michigan and a lifelong tinkerer and gearhead.  RedViking is headquartered in Plymouth, MI and has engineering and customer support centers worldwide. Want to learn more about the RedViking powertrain test stands?  Contact Chris at clake@redviking.com, or 734.454.0500.