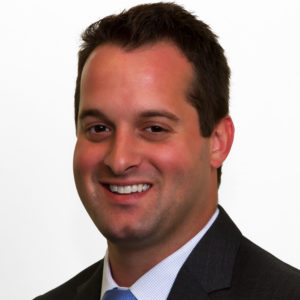 By Jason Stefanski, Test Systems Software and Controls Manager In a post earlier this year, Chris Lake talked about the Department of Defense project where more than 20 helicopter powertrain test stands are being replaced with 5 flexible test stands. The test stands are 20-50 years old and have excessive energy consumption and costs. For that reason, a critical design element of this project is its electrical regeneration capability for energy savings.  With improvements over the conventional non-regen testing process, the anticipated energy cost savings for one RedViking transmission test system at an Army repair center is approximately $500,000 a year. As our customers work to meet their manufacturing sustainability objectives, using energy regeneration in powertrain test can significantly reduce overall power consumption.

Illustrated below, the old helicopter test stands use traditional braking technology that results in wasted energy dissipated as lost heat.

Regeneration Can Capture and Reuse up to 80% of Energy

RedViking’s test systems use a common DC bus architecture, which allows for only one AC to DC conversion in the motoring direction. Electrical re-gen is used when the UUT geometries are too complex for a mechanical four square. The regenerative braking power goes straight to another inverter, which is motoring via the common DC bus link.

This method eliminates two conversion points where energy would be lost, and increases overall efficiency. In addition, the common bus solution paired with the active front end (AFE) has the ability for power factor correction, further increasing the overall savings of a common bus system. All AFE drives allow for unity power factor and low total harmonic distortion (THD) that meets IEEE 519 harmonic standards, which allows the drive systems to improve the present power factor displacement in a customer’s facility. The energy improvements on this project are expected to be 6 times the energy efficiency than previously required to run the helicopter test stands.  We estimate that a test on the Main Transmission Flexible Test System, while running at full capacity, will cost approximately $400 less per hour to operate than current systems. For more information about using electrical re-gen in powertrain testing, you can reach me at jstefanski@redviking.com. This post first appeared in DesignNews.com. —————————————- Jason Stefanski manages the Controls & Software Engineering group for dynamic test systems at RedViking. He is a graduate of the University of Toledo and oversees the vast fleet of remote control helicopters in the office.  RedViking has engineering centers in Michigan, North Carolina and Texas with customer support provided worldwide.