This excerpt is from a series by Jeanne Schweder for Automation World. The full article can be found here. 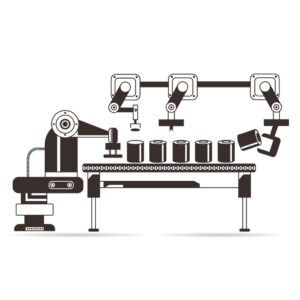 There's Nothing more Permanent than a Temporary Fix

The second in our four-part series on increasing the return on automation investments explains how to get away from simply replacing your old system with another one just like it, and instead achieve the value of optimization that new technologies afford. There’s nothing more permanent than a temporary fix. Companies spend many thousands of dollars every year just to stay in the same place. They might first spend too much time and money mending a legacy system piece by piece, just trying to keep the system operational.But even when the decision is made to bring in a replacement, too often the goal is to simply create a newer version of the old—ignoring all the capabilities that have been rolled out to industry in the 25 or more years since the legacy equipment was first purchased. As a result, manufacturers spend money for an upgrade that doesn’t get the job done any better than the old system, and the CFO isn’t impressed with the idea of doling out money for an operation that doesn’t show any special return on the investment.

Deciding on a path forward for modernization typically involves a range of options. And, of course, the optimal solution often comes with the biggest returns. In many cases, the money spent on developing a system that’s truly optimized will come back in spades. CSIA member RedViking was asked by a helicopter OEM to come up with a better solution for their panel measurement and trim process. The result is a laser radar measurement and robotic trim cell, which uses a portable laser measurement stand that gets wheeled to the aircraft and placed inside the frame to measure the hatch or door opening. The resulting point cloud data is then transferred to the robotic trim cell, creating a cutting path for the door. “They were spending a lot of time hand grinding parts to make them fit, which meant huge amounts of labor, handwork, and trial and error,” says Mark Sobkow, vice president for manufacturing solutions at RedViking. “They had considered two choices: continue to measure by hand and automate the trimming process, or automate the measurement and continue to trim by hand.” In fact, neither of these options achieved the best results. “Because they were willing to consider something other than a straight replacement,” Sobkow explains, “we were able to design and build a system that allowed them to automatically measure and trim the fit. Now they’re doing the job in seven hours instead of 70, and will achieve significant savings in the first year.”

It’s important that everyone understand just what the modernization will look like, notes Robert Darling, group migration specialist at Siemens. “While maintenance may have identified the problem, modernizing requires a bigger conversation that must involve more people across multiple functions and levels to agree on the needs and financial factors, as well as the operational benefits,” he says. Get your partners—whether vendors or integrators—involved early in the planning process. Rather than dictating to them a duplicate of your previous automation system, you’ll achieve much bigger ROI if you let them help you see how new automation technologies can better address your manufacturing needs.

Choose Wisely Where to Centralize

Cutting waste is another big opportunity to gain ROI. Its value in improving product quality and reducing material usage has long been recognized, but there are other areas where companies waste money that could be better spent on increasing efficiency. “One of our large customers has multiple plants around the world, and thought they had a tightly run ship,” says John Riess, global marketing lead for Integrated Architecture at Rockwell Automation. “In evaluating their installed equipment base, we found they were wasting a lot of money buying spares for equipment they were no longer using, on the order of nearly $500,000 every year. In spite of that spend, they weren’t certain they were properly covered. We’re now helping them modernize the process by centralizing spares at a single hub.”

Look Beyond the IIoT Buzz

Although the Internet of Things (IoT) and other trends might seem like just a lot of industry buzz, there are cases to be made that present plenty of automation ROI opportunities. “If you dig deeper, it’s not about the futuristic cool factor. It boils down to increasing efficiency and lowering costs,” says Eddie Lee, director of global industry marketing at Moxa. “It’s about dollars and cents because the executives who make the funding decisions ultimately have to answer to Wall Street and investors. The automation industry is pushing the concept of IoT because it can provide companies with a sound financial model of their operations.” Your business case needs to be couched in terms of increased revenue and productivity, “because that’s the language executives understand,” Lee contends. “To do this, you have to be able to measure the benefits of process improvements with numbers, like reduced downtime, OEE and lower costs, because you’re being graded on the KPIs.” The power of data to reveal what’s happening in industrial processes is just beginning to be understood, he says, pointing to its usefulness at a wastewater treatment plant. “They’re literally able to collect water quality data that tracks visitors to a hospital to identify their impact on bacteria counts in the water. Now they can fine-tune their treatment process as needed to stay within water quality regulations.”

Engineers might be attracted to the latest shiny object, but staying focused on business objectives leads to better decision-making.